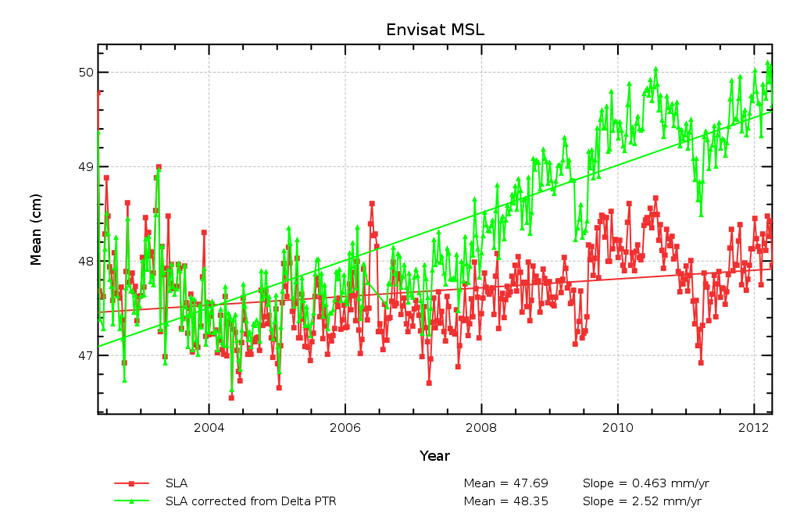 (Most of this material is copied & reformatted from https://sealevel.info/resources.html#satellite.)

Aviso, the Univ. of Colorado Sea Level Research Group, and NOAA all have groups working on sea-level measurement by satellite altimetry.

Even though the satellite measurements show no significant acceleration in sea-level rise, changes in how the satellite data is processed and adjusted have substantially increased the amount of sea-level rise which U. Colorado reports. There are many different factors [2] which can affect reported trends, but which are difficult to ascertain with certainty, and are subject to substantial and often mysterious corrections. 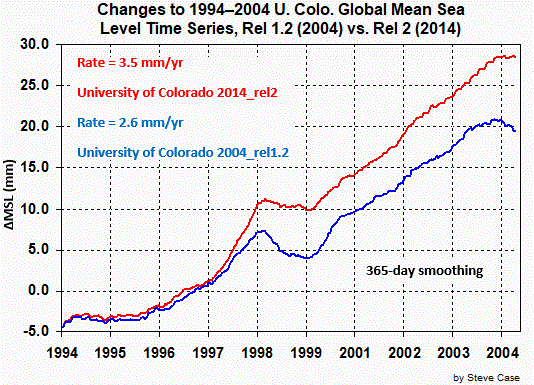 To see how malleable the satellite altimetry data is, consider this well-known paper, which sought to explain away an apparent declining trend in the rate of sea-level rise measured by satellite altimetry. They managed to massage the data until that embarrassing decline had almost entirely disappeared. (Does that remind you of anything?)

Here are two pairs of graphs from the paper, each with “before” and “after” versions, showing how they “corrected” the work of 5 (five!) different satellite altimetry analysis groups, to almost completely eliminate the decline, which all five groups had measured: 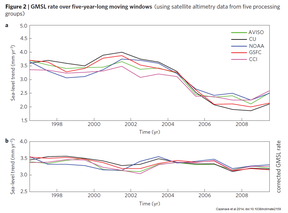 This article & comments at WUWT have a good discussion of how adjustments have increased rate of sea-level rise reportedly “measured” by satellite altimetry. (h/t Steve Case [here & here])

Another example illustrating the malleability of the satellite altimetry data is a widely-hyped 2018 paper by U. Colorado's Dr. Steve Nerem et al, which claimed to have discovered “acceleration” in the satellite altimetry measurement record of sea-level — by reducing the rate of measured sea-level rise in 20 year-old Topex-Poseidon data, thereby making more recent measurements appear to have accelerated, by comparison: 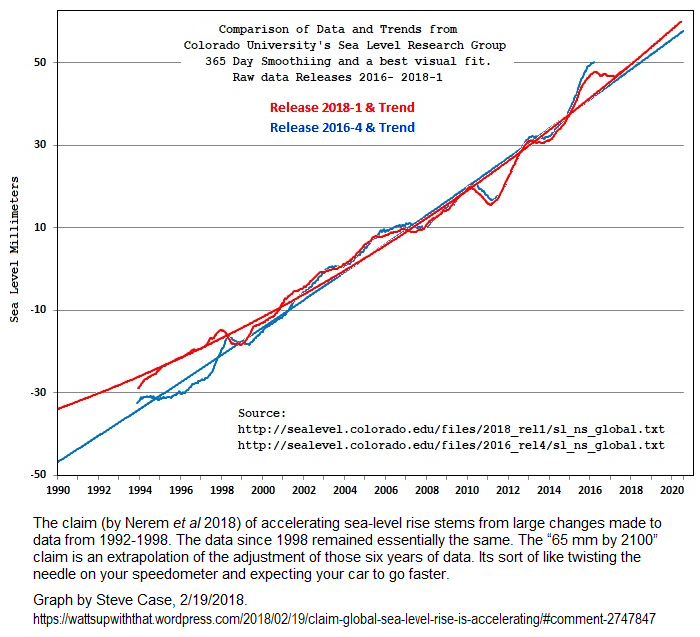 From Frank Lansner and Jo Nova comes an enlightening but disturbing article about suspicious adjustments to sea-level measurement data from satellite altimetry.

To address some of these problems, in 2011 NASA proposed (and re-proposed in 2014 / 2015) a new satellite mission called the Geodetic Reference Antenna in SPace (GRASP). The proposal is discussed here, and its implications for measuring sea-level are discussed here. The Europeans are apparently considering a similar mission